You are here: Home / Archives for Free Agency 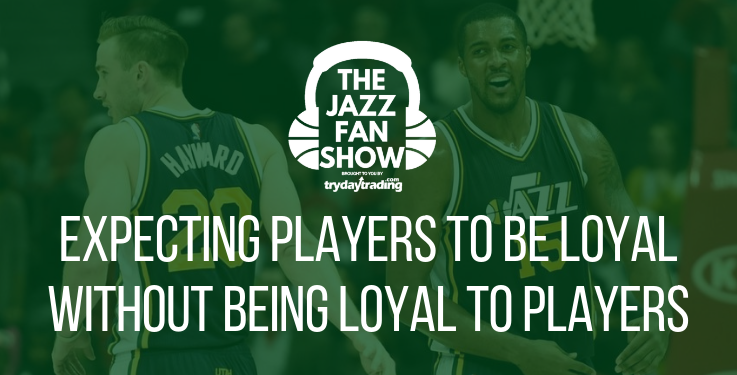 Derrick Favors and What December Means For a Utah Jazz Fan

Well, it’s December yet again, and we all know that the means…

As fans of the Utah Jazz, December means this is the first thing we get to read on Twitter every morning:

This year, the Utah Jazz have found themselves at the forefront of yet another round of trade rumors surrounding veteran and recently resigned PF Derrick Favors. This season, the rumors include the Chicago Bulls and young forward Jabari Parker, who has been phased out of Chicago’s rotation due to his inefficiency and poor shot selection.

The rumors began when Bill Simmons’ The Ringer released the following in a recent article:

“Parker was worth the risk when the Chicago Bulls signed him this past summer because the Bulls had nothing to lose. They needed to meet the minimum salary threshold, and it’s not often you can get a look at a 23-year-old former no. 2 pick with team control for a second season. It has just failed miserably.

Parker has remained a zero on defense who relies on the inefficient midrange to get his points. As a result, new Bulls head coach Jim Boylen is phasing Parker out of the rotation and the front office is looking to trade him, with “several teams” interested, as K.C. Johnson of the Chicago Tribune reported last Friday. Parker makes $20 million this season and has a non-guaranteed deal for another $20 million next season. It’ll be difficult to find a suitor with the salaries and assets to make a deal that’s worth it for the Bulls, but there are options.

The Utah Jazz are one of the teams interested in Parker, according to multiple league sources. Derrick Favors is an awkward fit next to center Rudy Gobert, and his $16.9 million on the books for next season is non-guaranteed, meaning he could be one of the pieces involved. Favors can’t be traded until January 15, so Chicago would have to wait. Would it be worth it? The Bulls are loaded with young bigs, so it’s hard to see them taking back Favors unless additional assets are included. Utah has all of its future picks, except for a 2020 second-rounder going to the Cavaliers, and has two other seconds incoming.

Parker’s value has diminished, but the Jazz are desperate for offense. They rank 23rd in offensive rating this season, and last in offensive rating in the fourth quarter. Parker doesn’t care about playing defense, but the rest of the team does; if they can help him get stops, maybe he can help them buy a bucket.”

Let’s listen to what he had to say…

Gotta love seeing a player like Derrick letting everything roll off his back like this. The man is a pro, which is another reason it may be worth keeping him around moving forward.

These trade rumors have continued on, even with the Utah Jazz denying any interaction at all with the Chicago Bulls organization during the season.

Jazz management sources tell The Salt Lake Tribune that the Jazz have had no conversations with Chicago management regarding any deal this season.

This year is different in the sense that Derrick chose to come back to play in Utah during the offseason, even when most expected him to be heading elsewhere. He also was one of the biggest reasons the Utah Jazz were able to get a playoff series win against OKC during the end of last season.

So when I heard the trade rumors this year, I immediately had this question enter my mind:

Why is it okay for the Utah Jazz to trade Derrick Favors at a moment’s notice, but not okay for Gordon Hayward to leave during free agency?

I personally let everyone know where I stand when it comes to Gordon Hayward’s decision to bail on the Utah Jazz during a recent Jazz Fan Show podcast, which you can listen to by CLICKING HERE.

Since I said those things, my attitude has actually softened on the entire thing. Honestly, Hayward didn’t want to be on my team, so why would I want him on my team?

In contrast, Derrick Favors showed the Utah Jazz that HE DID want to be on the team by signing the extension during the offseason.

Yet, I still see posts and tweets from people claiming to be Jazz fans who would cut ties with Derrick Favors for Jabari Parker in a second.

Are Jabari and the Jazz a Match?

Another reason this year’s trade rumors are leaving me more or less flabbergasted is the fact that people assume the Utah Jazz are actually thinking about making this trade.

It’s almost as if we aren’t remembering how Utah was flirting with Jabari during the offseason, but chose to pass when Jabari had the following to say about playing defense:

Jabari is all about getting buckets and you know what god bless https://t.co/kxlJIQySpK pic.twitter.com/wdoRUwraXz

But now, all of a sudden, the Jazz are suddenly interested again, after he’s already been given up on by two organizations in just a few years?

Give me a break.

I know that was a very long way of leading up to the simple point I really want to make here, which is…

Jazz fans CAN’T call for a Derrick Favors trade and still complain about how Gordon Hayward decided to leave.

The entire foundation of this type of attitude contradicts itself, which is the last thing this organization needs…

As for me and my house, we’re all Team Favors.

The dude has been a Jazz man for a really long time (came over for DERON WILLIAMS, PEOPLE…), and it’s hard for me to imagine the Utah Jazz on the floor without him.

The guy has shown his loyalty by resigning, proven his worth night in and night out, and even represented the community positively by always making sure to compliment Salt Lake City and the entire state of Utah.

Obviously, if there were some sort of trade that was mutually beneficial to the Utah Jazz AND Derrick Favors, I’m all game. But until that trade presents itself, let’s all just appreciate the true pro we have in our organization.

Derrick, if it were up to me, you’d have a place here in Utah as long as you’d like.